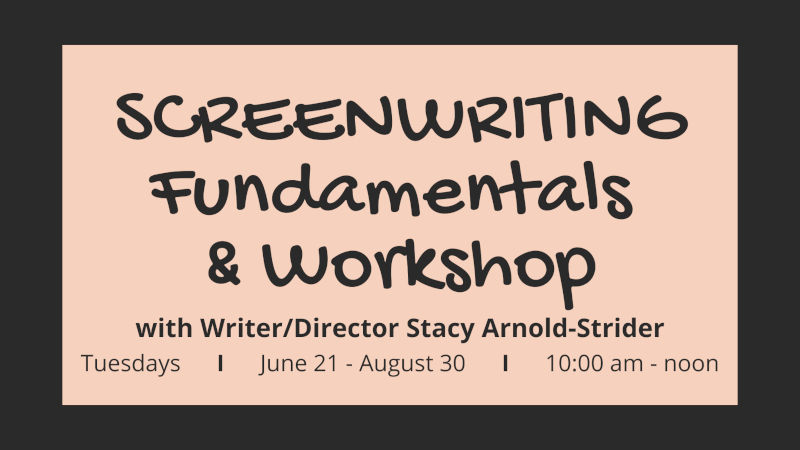 Learn screenwriting with a Hollywood and indie cinema writer/director!

Join writer/director Stacy Arnold-Strider for fun and inciteful discussion about writing for film and developing your own screenplay. Arnold-Strider will break-down the screenwriting process, offer thoughtful critique of projects, and share helpful industry tips on writing for Hollywood and independent cinema.

Arnold-Strider’s screenplays have garnered several honors and awards in competition. She continues to develop film projects, including franchise IPs in the horror, thriller, and dark comedy genres. Her short film Fulfilled: A Halloween Story was ranked by viewers as the #1 sci-fi short for 19 consecutive weeks, and was showcased on the Sci-Fi Channel’s Exposure, hosted by Lisa Marie, as one of four Halloween shorts along with Tim Burton’s Vincent.