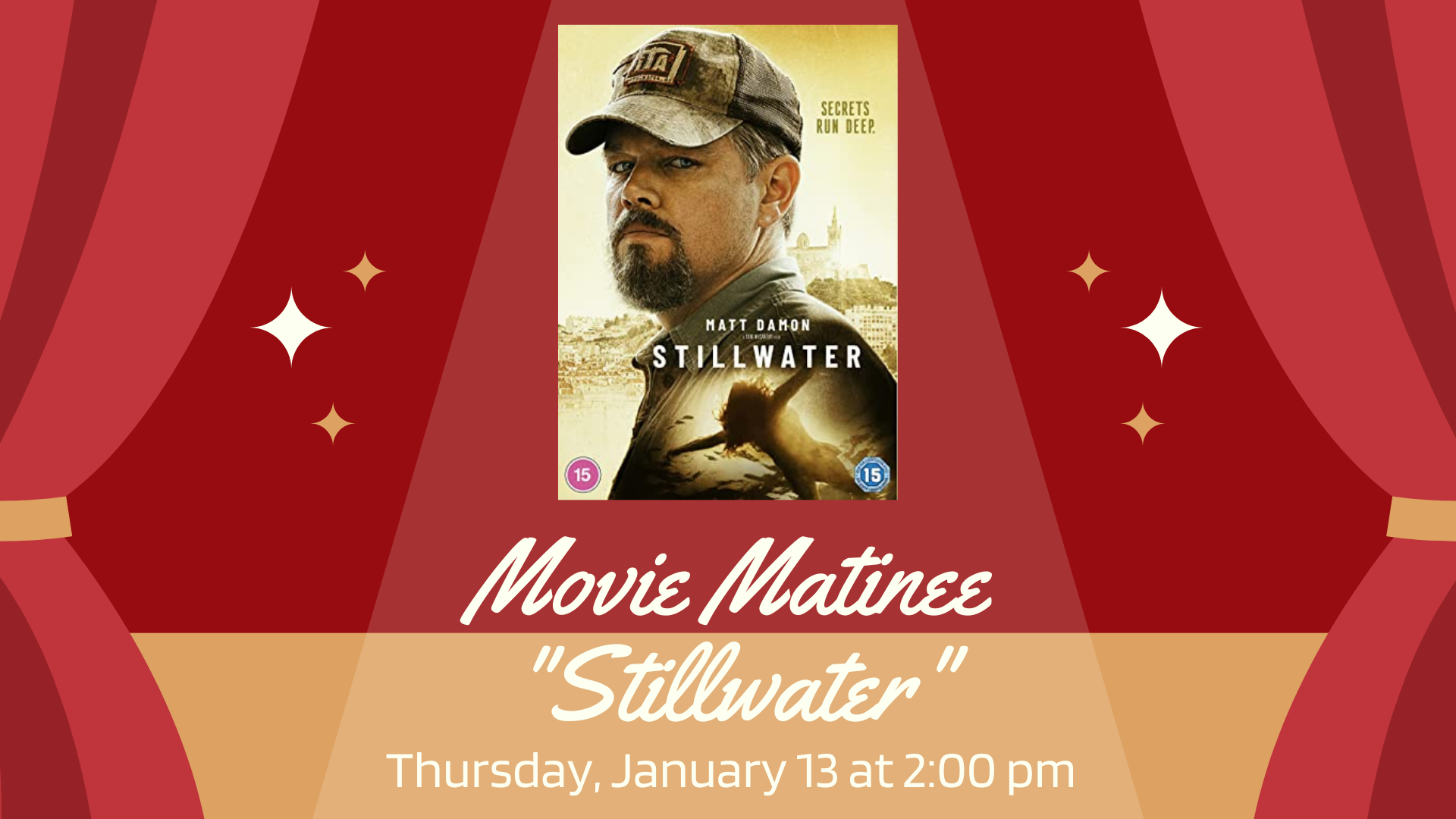 Secrets run deep.
A dramatic thriller directed by Academy Award® winner Tom McCarthy and starring Matt Damon, Stillwater follows an American oil-rig roughneck from Oklahoma who travels to Marseille to visit his estranged daughter, in prison for a murder she claims she did not commit. Confronted with language barriers, cultural differences, and a complicated legal system, Bill Baker builds a new life for himself in France as he makes it his personal mission to exonerate his daughter.

The event is finished.